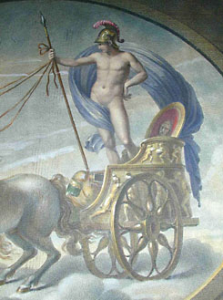 The synodic cycle of Mars is arranged in such a way that the planet always has a retrograde phase in the tropical signs of Cancer, Leo, and Virgo, every 15-17 years, and yet its retrograde phases in the other nine signs are considerably more rare. Offered here is a breakdown of historical crisis coinciding with Mars retrogrades in the 12 signs and four elements.

Uranus in the Tropical Zodiac: Divergence from the Past

Recurring themes relating to various modern nation states are examined relative to the 84-year transit of Uranus through the twelve signs of the tropical zodiac over the last 250 years. Special attention is paid to the repeated aspectual relationships Uranus makes with the cycles of other planets, notably Venus, Mars, Jupiter, and Saturn.